All India Co-ordinated Research Project on Tuber crops (other than Potato) was initiated during the Fourth five year Plan in 1968; for networking research and extension activities in root and tuber crops. The project started working initially at three Agricultural Universities viz., RAU, Dholi; TNAU, Coimbatore and APAU, Rajendranagar with headquarters at RAU, Dholi. During 1970s, seven more Centres were initiated. The headquarters of the Project was shifted to the Regional Centre of ICAR- CTCRI, Bhubaneswar during 1983. The headquarters of the Project is currently located at the Central Tuber Crops Research Institute, Thiruvananthapuram. At present there are twenty one centres, located in twelve State Agricultural Universities,three ICAR Institutes and two Central Agricultural Universities.

Through its network centres, AICRPTC has recommended a number of varieties of tuber crops for release/cultivation in different regions of the country. The varieties comprise of 22 in cassava, 42 in sweet potato, 11 in yams, 22 in taro, 6 in elephant foot yam and one in xanthosoma and 2 in yam bean. The sweet potato variety Sree Bhadra, Sree Vardhini Kamala sundhari and RS-47, lesser yam variety Konkan Kanchan, Colocasia variety Sathamukhi, Elephant foot yam variety Gajendra and Yam bean variety RM-1 have become very popular in different regions of the country and are being widely cultivated by farmers.

AICRPTC has contributed significantly to the scientific and farming community of India since 1968. ICAR has approved a plan budget of Rs. 364.00 lakhs for the year 2017-18 mainly to support testing and popularization of tropical tuber crops and their production and utilization technologies in various parts of India. 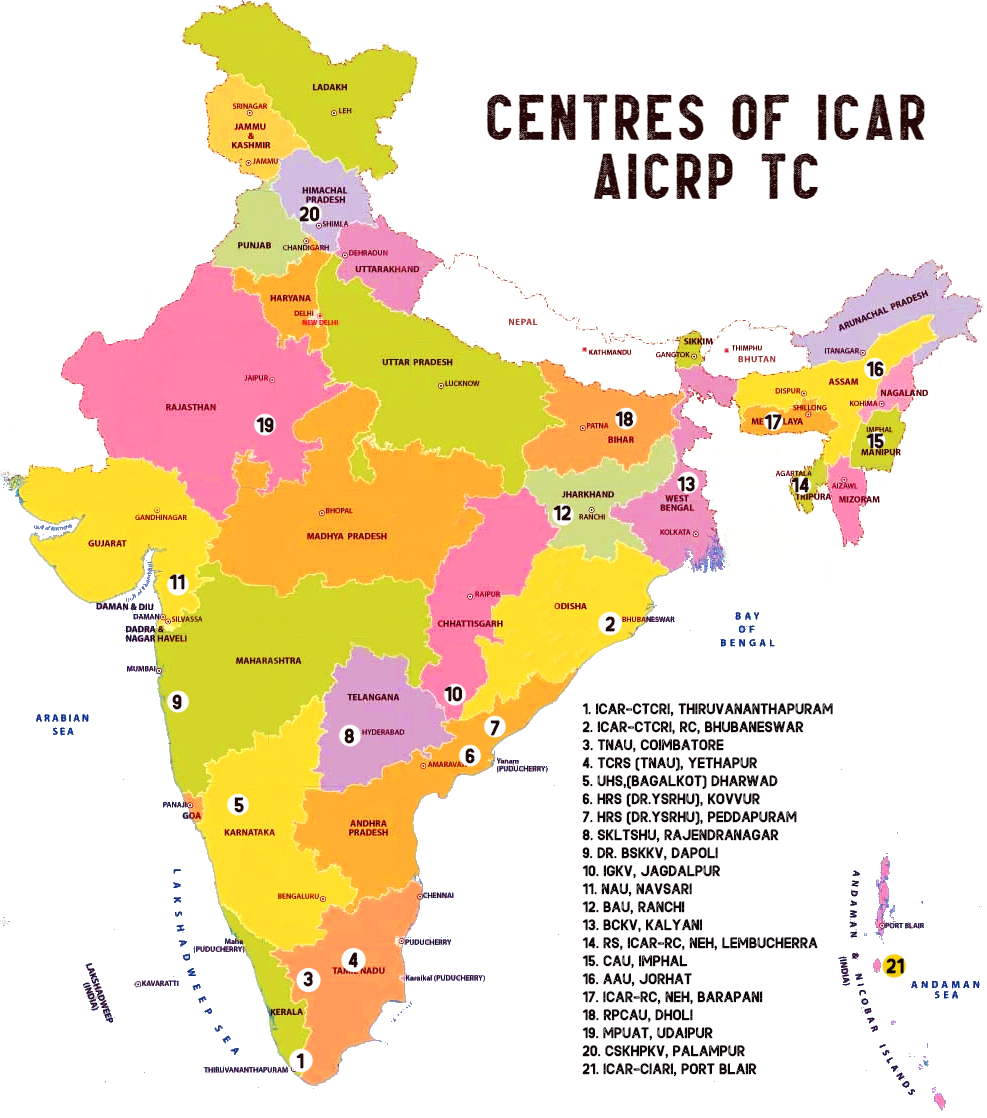